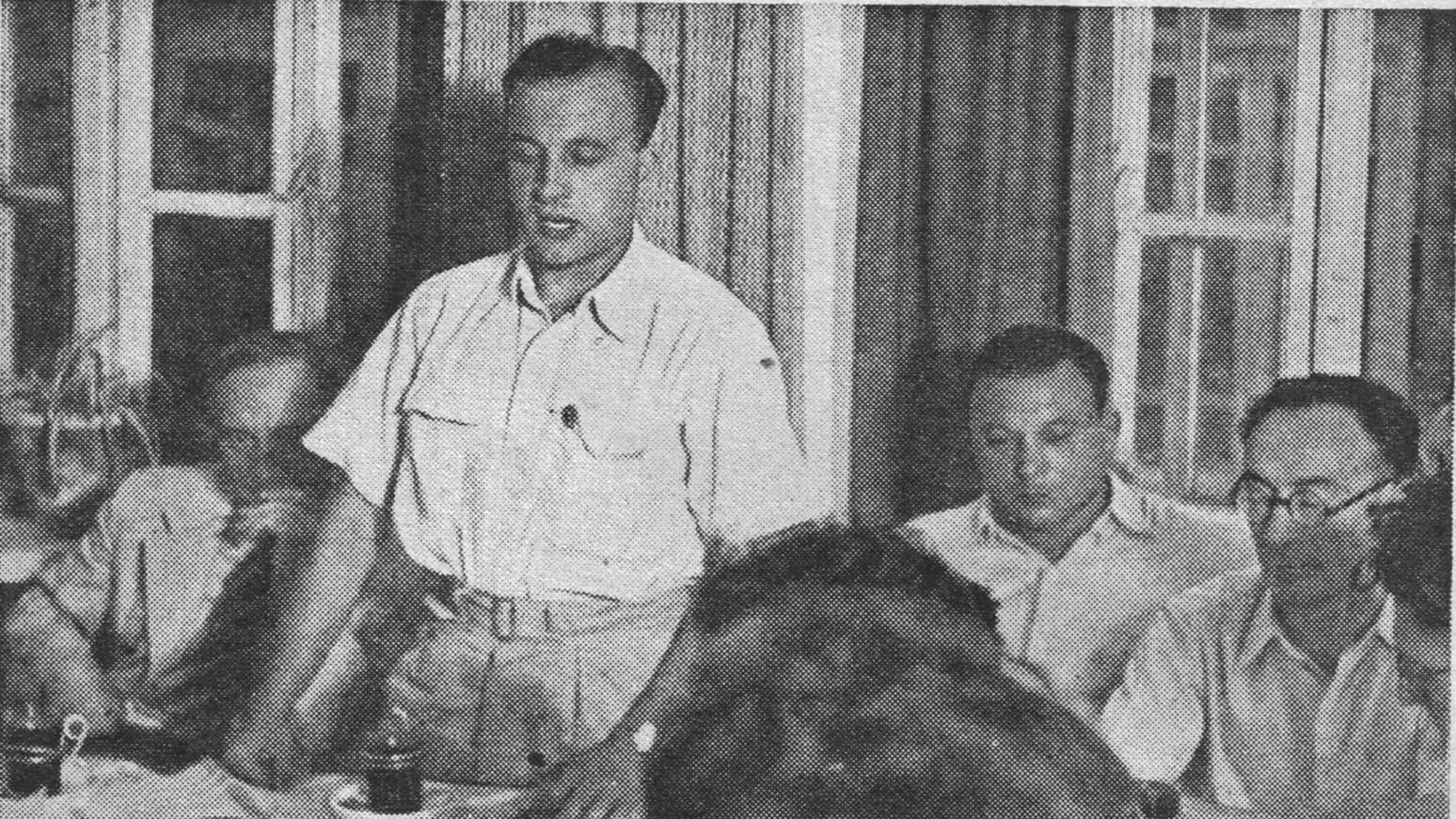 David Frankfurter grew up as the son of a district rabbi in the former Yugoslavia and fled to Bern in 1933 due to growing anti-Semitism. In Switzerland, he learned from the press about the murder of 36 Jewish citizens in a concentration camp and about the increasing mistreatment of German Jews and supporters of democratic parties. Nevertheless, he travelled to Germany at Christmas 1934 to visit his family and witnessed the mistreatment of his uncle by anti-Semitic Germans.

He then felt obliged to set a sign of Jewish resistance against the actions of the National Socialists. The anti-Semitic activities of the Swiss NSDAP regional group in Davos, which were much discussed in the Swiss public at the time, also caught Frankfurter's eye, so he bought a pistol and set off for Davos in February 1936. There he went to the flat of the NSDAP national group leader Wilhelm Gustloff and shot him with 3 bullets.

Frankfurter actually wanted to execute himself after the assassination, but since this did not work, he surrendered to the police shortly afterwards. The following trial was of course highly delicate for the criminal court in Graubünden. Numerous international journalists had to listen to the political influence of the Nazi regime, represented by their lawyers, which used the trial to spread Jew-baiting and to stylise the killed national group leader Gustloff as a martyr. David Frankfurter's defence that he committed the crime as a political murder because he was so moved by the fate of the Jews in Germany was not believed. It could have helped Frankfurter to mitigate his sentence. In December 1936, David Frankfurter was sentenced to 18 years in prison, which he was to spend in the Sennhof in Chur.

To the credit of the Graubünden and Swiss authorities, David Frankfurter was never extradited to Germany, despite numerous interventions by the Nazi regime. So he never fell into the hands of the Nazis during the Second World War. Frankfurter behaved in an exemplary manner in the Sennhof and only had to serve half of his sentence. He was released from prison by clemency in 1945, but was nevertheless expelled from the country and moved to Israel where he died in 1982.

After his release, David Frankfurter stated that he had actually played with the idea of killing Adolf Hitler, but that this had been unattainable. Gustloff was then plan B.

More information and our sources on David Frankfurter's story, also in connection with his imprisonment in the Sennhof in Chur, can be found under the following links: